Gold prices have had quite the struggle over the past five years as the global economy has slowly recovered from the financial crisis of the late 2000s. The precious metal has posted annual losses three years in a row now, with 2015 seeing a 12% loss alone.

So as 2016 begins to take shape and investors take a look at what’s worth a buy, are we looking at a fourth year of losses? The answer is most likely.

Gold and other precious metals flourished during the financial crisis as they typically do when investors have lost trust in other markets. But as economies around the world, led by the United States, began recovering, gold’s high highs turned into low lows.

In 2015, gold’s struggles were largely influenced by the United State’s monetary policy and the strength of the U.S. Dollar. The dollar was on track for a 9% gain against a basket of currencies, making dollar-denominated gold expensive for holders of other currencies. 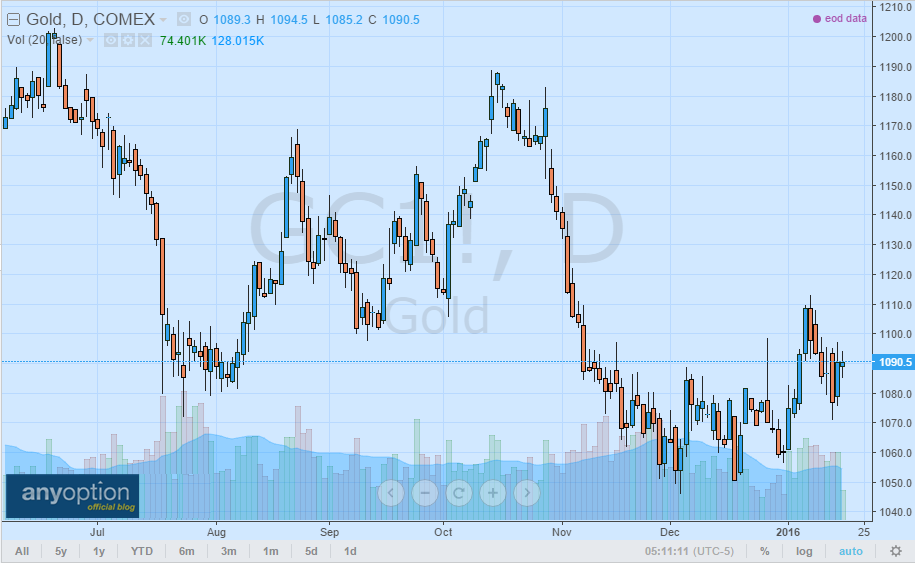 “The key factor for gold remains the strong dollar and that ultimately trumps all other issues including the economy and the geopolitics,” says Ross Norman, chief executive of bullion broker Sharps Pixley. And with the U.S. Federal Reserve’s first interest rate hike in almost a decade happening in December, the dollar is likely to continue to stay strong through 2016.

David Garofalo, who takes over as CEO of the world’s most valuable gold miner, isn’t planning on a comeback year for gold in 2016. Because gold’s perceived value comes when other investments produce little or no yield in real terms, its value diminishes when those competing assets begin to offer better payouts, whether in the form of dividends, interest or simple growth value.

“Right now, gold prices reflect the reality that real interest rates have nowhere else to go but up,” says Garofalo. “Gold prices over the next couple of years may struggle because of the reality of the interest-rate environment.

“I wouldn’t think there will be a rebound [in 2016] to be honest with you,” he adds. “Particularly in the base metals space, we probably have got a couple of years of grinding ahead of us.”

What investors can do

If you’re still interested in the contrarian value of gold versus other markets, don’t despair. The first trading day of the year proved to be a difficult one for U.S. stocks. With many downgrades, especially in the tech sector, it seems as if equities may also have a difficult year ahead, which could potentially ease gold’s losses somewhat. Furthermore, U.S. stocks have been in a bull market for six years now, one of the longest periods in its history. Worries that a bear market may begin any time now could signal an uptick in gold prices, even if just for a little while. Over the long term, there will more than likely be better days for gold. And while there may still be room to drop for the precious metal, it wouldn’t be a bad idea to buy some on the way down to diversify against uncertainty in equities.

This site uses Akismet to reduce spam. Learn how your comment data is processed.

Hi. I have checked your goldsilverbitcoin.com and i see you’ve got some duplicate content so probably it is the
reason that you don’t rank hi in google. But you can fix this
issue fast. There is a tool that rewrites content like
human, just search in google: miftolo’s tools